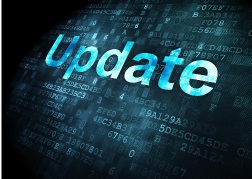 DBS R1 system goes live, In early October the DBS launched their new IT system called Release 1 (R1). This project was originally split into three parts. The first part of this project was to make available online basic level criminal record check through the DBS. Previously all basic level checks in the UK were processed through Disclosure Scotland or Access Northern Ireland.

DDC have completed the system testing and are authorised to submit applications to the DBS for basic criminal records. The system is currently in operation alongside the existing online submission of basic criminal record checks to Disclosure Scotland. Over the coming months the DDC Customer Service Team will be contacting clients to confirm the new processes in place and moving accounts over to the applicable process. By the 31st December 2017 all applications for individuals working in England or Wales (or living in England in Wales if not for employment purposes) must be processed through the DBS.  Our initial applications have been returning in a matter of minutes which is very pleasing to see.

Included in this project is a change to the process for submitting barring information. Under the previous process all submissions by individuals considered for barring, and those providing information to the DBS, were made on paper forms. This information can now be submitted securely online by creating an online account with the DBS.

In the DBS News for January 2017 the DBS confirmed that they would be undertaking an exercise to ensure that Registered Bodies (RBs) were operating within compliance guidelines. DDC have successfully completed the DBS Self-Assessment program to demonstrate a fully compliant process. Over the coming months the DBS will be issuing more detailed compliance questionnaires to expand on the answers previously provided. The Due Diligence Checking Limited team look forward to the opportunity to demonstrate our fully compliant approach to applying for criminal record checks.

Under the reforms introduced as part of the Protection of Freedoms Act 2012 an individual’s connection to Regulated Activity must be established before a barring decision can be made. As part of this process the DBS will use the ‘role applied for’ to establish if the individual is now or has previously worked with children or vulnerable adults. The application then becomes evidence that the individual is actively seeking work in ‘Regulated Activity’.

If the check discloses any convictions or additional information this is highlighted to the DBS Barring Operations team. If the information does not warrant consideration for barring then no further action is taken. If concerns are raised then the DBS will inform the applicant that they are considering barring an applicant.

What next? – the DBS will then gather evidence from the relevant parties including previous employers, to make this decision. The applicant will be invited to make representations if this progresses to the ‘minded to bar’ stage. The DBS will then make a final decision about barring and inform the applicant directly. At that point it becomes a criminal offence for that individual to attempt to work in Regulated Activity.
DBS News for October 2017 is now available to read in full.