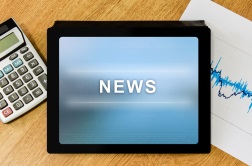 Further delays with DBS R1. The Disclosure and Barring Service (DBS) have announced their project to modernise their service, called Release One (R1), has been delayed.

R1 is the introduction of a new IT platform aimed at improving the availability of digital channels between the DBS and their customers. This includes Umbrella Bodies such as Due Diligence Checking Limited and individual applicants given the ability to manage their online profiles through the DBS website.

Why are there further delays with DBS R1.

The roll-out has been split into three parts with the first part scheduled for September 2016, then November 2016 and the final part in January 2017. On the 1st September the DBS informed all primary eRBs (electronic Registered Bodies) that they had been delayed in their deployment of the system after the first round of testing. The reason stated that was that the new system was not ready, and could not deliver the significant improvements that the DBS were seeking. The DBS went on to announce the November and January dates had also been pushed back with the expectation of being rescheduled for around June 2017.

Why will this change be introduced?

How does this affect Clients of DDC?

Until the new timescale has been released and the changes re-confirmed we are not able to provide details on how the DDC systems will be amended to match the DBS requirements. Rest assured that the DDC team are still fully committed to offering the best service to our clients, using a fully DBS compliant approach to criminal record checks. Further clarification is still being sought from the DBS, about how some of these changes will be implemented. Please keep reading the DDC News Articles to keep up to date with the changes.

One Response to “Further delays with DBS R1 roll-out”