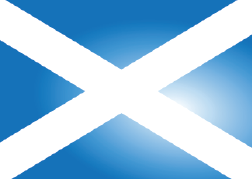 ←  Return to the Nuffield Minisite

Nuffield Health operations in Scotland are affected by the introduction of the PVG Scheme in March 2011.

Although confirming membership will meet the legal requirement not to employ a barred person, it does not mean the individual is suitable for the role. They may still have criminal convictions that make them unsuitable, and Nuffield Health still has a duty of care to ensure this is checked. The PVG Scheme accommodates this by providing members with a PVG Scheme Record which carries any information that was available to Disclosure Scotland when the decision not to bar was made. This will include any spent and unspent criminal convictions and non-conviction information held by the Police, the same as an Enhanced Disclosure would.

The PVG Scheme Update will not reveal any details of any information that has been added to the record. For Nuffield Health to see these the applicant must apply for a new PVG Scheme Record which will include them.

There are two ways for an individual to join :-

The eligibility criteria for PVG Scheme membership are different to those for Enhanced Disclosures and many roles that previously required an Enhanced Disclosure are not eligible for PVG membership. The online system has been amended to incorporate a marker for roles that are definitely not eligible for PVG membership and for these the company has set a policy that an Enhanced Disclosure through the DBS will be sought. In these cases the system will automatically re-direct the Requester to use the correct application process. If you are checking somebody who has multiple roles, such as a Fitness Advisor who also works in the crèche, please select the role that relates most to children and/or vulnerable adults, in this case Crèche Assistant.

Disclosure Scotland do not have an eBulk equivalent so PVG Scheme applications have to made on a paper form. However, the eligibility for membership has been built into the eBulk system so we can re-direct Requesters if the role is not eligible.

If you are also a Recipient, you can ask to see their PVG Scheme Record and decide if anything on it makes them unsuitable for the role. If you still wish to go ahead with the check, ask the applicant whether anything has been added to their record since the document was issued. If they say “No”, enter the number and issue date of the document and submit.

If the applicants tells you that something has been added to their record since the document was issued, change the “Type of Check needed” field to “Full Record for Existing member”. This will save a lot of time, as a new Record will have to be seen.

If you are not a Recipient you should ask them to include their PVG Scheme Record when sending the completed application form to DDC and we will relay any content to a Recipient. They can do this in a separate sealed envelope if they prefer and the document will be posted back to their home address in 48 hours.

If you have been supplied with a stock of packs, give the applicant one titled “Existing PVG Scheme Member Application” to complete.

Since the application process is manual, so is the document checking. The number and type of original documents to be presented are the same as for DBS checks. Please read the DBS Document Checks page for more guidance. Using this link, satisfy yourself that the document is genuine and has not been tampered with then take copies of the relevant pages. Sign the copies and write your PIN (issued by DDC) under your signature (in case we cannot read it).Then send the copies with the application form to DDC in the envelope provided. If you need it, our postal address is DDC Ltd, P O Box 6878, SYSTON, Leicestershire, LE7 4ZR

Whilst Disclosure Scotland will notify the company if a PVG member in whom we have registered and interest is subsequently barred (thereby enabling the company to comply with the law), they will not notify criminal convictions and the like which do not result in barring. Consequently Nuffield Health continue with the current policy of requesting new Disclosures every 3 years, but in the case of PVG members these will be new PVG Scheme Updates. Should an Update show that new information has been added to the Record since it was last checked by Nuffield Health, a new Record should be requested. Both these processes are the same as those laid out above.